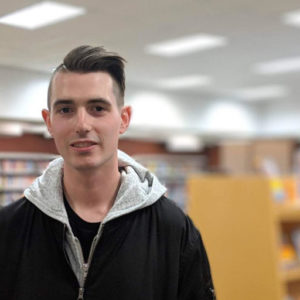 I was diagnosed with the hepatitis C virus (HCV) back in 2012 when I started on the opioid agonist therapy (OAT) medication Methadone.

I really had no idea what being on Methadone would be like or what being diagnosed with HCV really even meant. I was a lot younger then and honestly didn’t think I would be alive to see the age of 30. But, here I am, still on Methadone, but treated and cleared of HCV.

When I think of the process of my HCV story it reminds me a little bit of the history of HCV. HCV wasn’t detected until 1989 and was quickly established as a cause of non-hep A and non-hep B. After various different testing methods and treatment methods, now we’re here – talking about elimination. That’s incredible if you think about it, but not too many people do.

A Nobel Prize, and still no one knows?

Last year’s Nobel Prize in Physiology or Medicine was jointly awarded to the three scientists – Dr. Michael Houghton, Dr. Harvey J. Alter, and Dr. Charles M. Rice – for their part in discovering HCV. The reason why I mention this is because if you ask mostly anyone what the Nobel Prize is, chances are they are going to have some comprehension of it. So why don’t more people know or talk about HCV?

Is it the shame or stigma that people associate with the risk behaviours of it? Are people just not that worried about it because it’s a longer progressive infection? Or do people just generally not care? This is one of the main structural and societal harms against people who use drugs that keeps me up at night.

I know this article isn’t going to surprise the people who are likely to read it, but how do we get the people not in our circles to care enough to get tested? If HCV was all of a sudden a novel global pandemic, maybe people would get tested, and not only get tested but get treated with a 98%-ish cure rate.

Right now, with COVID-19, we don’t have a cure but people are lining up for their tests or vaccines. Why not HCV? I believe it should just be part of our regular check-ups; anytime we go to get bloodwork, it’s just another sample so we can start to find the missing millions.

There are just nine years to go until the WHO’s global elimination goals of 2030 and with the huge economic burdens put on our healthcare system due to COVID-19, there is a real chance that a lot of our countries won’t reach this target. Yet HCV shortens and impacts peoples lives far, far more than people think.

I recently received a micro-elimination grant from Gilead to have six point-of-care-testing (POCT) events led by people who use drugs, for people who use drugs. It was going to be one of the most exciting things I got to do in the field. Then, COVID-19 happened which of course derailed a lot of the project but nonetheless, we were able to do three events and test 34 people.

People who use drugs did the pre-counsel, and we had volunteer nurses do the post-counsel results, and together we linked them to care and discussed harm reduction measures for prevention of infection or re-infection.

Even though it got derailed, this project was accepted to journals and to a couple of conferences. For each participant (with their consent) we collected some quantitative and qualitative data and have completed a preliminary analysis.

Now, I could give you all the numbers on how many people were positive and linked to care, but I’m not going to do that. Instead, I’m going to speak about the most critical parts of the knowledge that was transferred to me from the community.

One of the main takeaways was that people who use drugs preferred other people with lived experience to do POCT.

We tested 34 people, and one person did not consent to having information collected so we had a data set of 33 people who use drugs. We asked them a wide range of questions like their general demographics, were they currently on OAT and if so, what medication were they on, did they have HIV or HBV that they were aware of, and other risk behaviours for HCV such as have they been homeless, incarcerated, or used injection drugs in the last six months. Don’t get me wrong, they are important questions, but they weren’t what struck me. We asked three more questions after all the typical questions you would ask.

The answers to questions one and three were pretty typical. Results to question number one were 32/33 people knew HCV was curable, which is huge in my eyes. Results to question number three were 27/33 people knew you could transmit HCV via hygiene products. The second shocked me and it still does. Out of 33 people who use drugs, who visit OAT clinics or needle and syringe programs regularly, only four people out of 33 knew. Think about that for a minute. Really think about that. We need to get outside our HCV silo and engage anyone, or any organization, that may be supporting folks at risk.

The number one main population for contracting and transmitting HCV have no idea that we’re trying to eliminate this deadly infection. I know this is a small sample specific to one area in a small part of the world, but my gut tells me this isn’t just in Halifax, Nova Scotia, Canada. This is everywhere.

People who use drugs are experiencing so many structural and societal harms. On top of an escalating overdose crisis in North America, HCV isn’t on the top of their list of things to do. They need to engage in survival sex work, survival drug selling, or other risky behaviours to have money to use their drugs.

Then, a lot of them need housing, or are so worried about the drug supply and continuing to lose friends or family members every day it’s hard just to motivate themselves to get out of bed or wherever they may be laying their head that night.

I’m one of the lucky ones, I got tested, and diagnosed and refused treatment for about nine years and that’s being lucky. We have all the medical, clinical, and pharmacological resources to eliminate viral hepatitis. Now we need the street smarts, and that’s where people who use drugs come in and play a major role in any elimination strategy.

Matthew is an INHSU board member, the program coordinator with the Canadian Association of People Who Use Drugs, a national board member with Canadian Students for Sensible Drug Policy, and a knowledge specialist for the Dr. Peters AIDS Foundation, for the Urgent Public Health Need Site Community of Practice.

He is also a freelance journalist with his writing has appeared in publications including The Conversation, Policy Options, Doctors Nova Scotia, World Hepatitis Alliance, CATIE and The Coast. He is also a Canadian Editorial Consultant for Filter-Magazine. He is a current drug user and a formerly incarcerated person.

INHSU’s Community Day – held annually as part of our conference – will be taking place virtually on the 12...